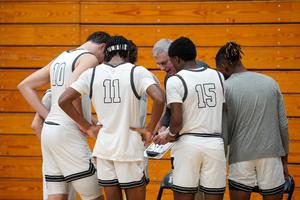 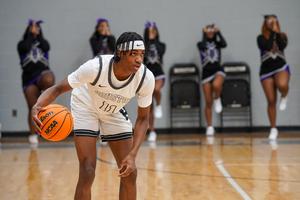 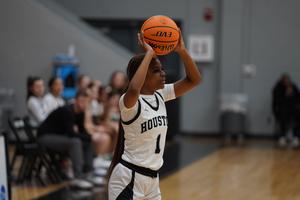 Both the girls and boys varsity basketball teams won their games against Southwind High School on Tuesday, January 17.

The varsity basketball teams were both victorious in their games against Southwind High School Tuesday night, and the gym was filled with excitement.


The starting five for the girls game were Teniya Morant, Shayla Rodgers, Laila McNamee, Anna Lee Avery, and McKenzie Percoski. The first points for the Lady Mustangs were scored by McKenzie Percoski, and at the end of the first quarter, they were up 22-6. The final score was 50-18, and the girls overall record advances to 16-6.


The boys game was a close competition, and the starting five for the game were Mavrick Miller, Brock Vice, Kameron Clark, Kylan Clark, and Ethan Phillips. The halftime score of the game was a close 17-14 with Houston just barely ahead. In the second half, with two almost back to back dunks, the energy in the gym picked up. The Mustangs were victorious with a 39-35 win over Southwind. Their overall record now improves to 11-8.


The girls and boys basketball teams next face off against Germantown High School in an away game this Friday, January 20. The girls game is at 6:00pm, and the boys game begins at 7:30pm.