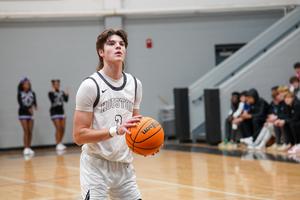 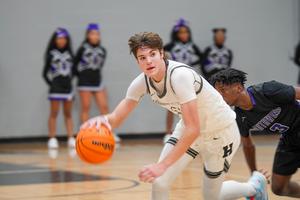 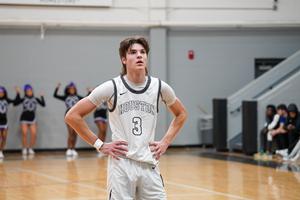 Senior Mavrick Miller scored his career high with 41 points and earned a double-double with ten rebounds vs. MHEA on January 6.

In a close 71-70 victory over MHEA, Mavrick Miller scored his career high 41 points. Not only that, but he earned a double-double with 10 rebounds to round out the night as well. He said that before the game his coach challenged him to set a high goal for himself and aim for 30 points. Mavrick missed his first few shots of the game, but after that, everything fell into place.


Mavrick grew up around sports, but basketball was always the main focus. He began playing basketball in the third grade, and he played in the competitive club, Hoop City. The Hoop City program highlights the importance of hard work and community, and this shines through in how Mavrick plays at Houston today.


He says that one of the most important things he’s learned through playing basketball is how to be a good teammate and stay loyal saying, “Be loyal to the game, be loyal to the team.” Congratulations to Mavrick on this career milestone!


The mustangs next take on Arlington tomorrow night, January 24, at 7:30pm in a home game.