Board » Meet the Board Members

Meet the Board Members

Contact [email protected]
Ryan and his wife, Sarah, grew up in Germantown and returned in 2017 to raise their family.  Ryan and Sarah’s primary reason for moving back to Germantown was so they could send their children to Germantown schools.  Currently, they have two sons who attend Dogwood Elementary.  A third son will start kindergarten at Dogwood soon.

Ryan attended Dogwood Elementary, Houston Middle, and Houston High (class of 2001).  He graduated from the University of Memphis in 2005 with a degree in history, and then graduated from Vanderbilt University Law School in 2008.  Ryan is a lawyer with a focus on civil litigation, though he has counseled clients on various other matters, as well.

Ryan is passionate about serving others and education.  He has received honors from his law firm for his pro bono legal service, and he has been involved with or volunteered for the Dogwood PTO Board, the Dogwood Dads, the City of Germantown’s Historic Commission, Leadership Germantown, the Juvenile Court of Memphis and Shelby County Foster Care Review Board, the United Way, and the Memphis Grizzlies Charitable Foundation TEAM Mentoring Program.  He also served on the Board of Directors for Operation Broken Silence, a nonprofit helping to fund a primary and secondary school in Yida Refugee Camp near the border of Sudan and South Sudan.  Ryan is also an active member of First Evangelical Church, where he serves on the Memphis Ministries Team.
Ryan has served as the Germantown Board of Education's Tennessee Legislative Network representative since December 2020, shortly after his election to the Board. 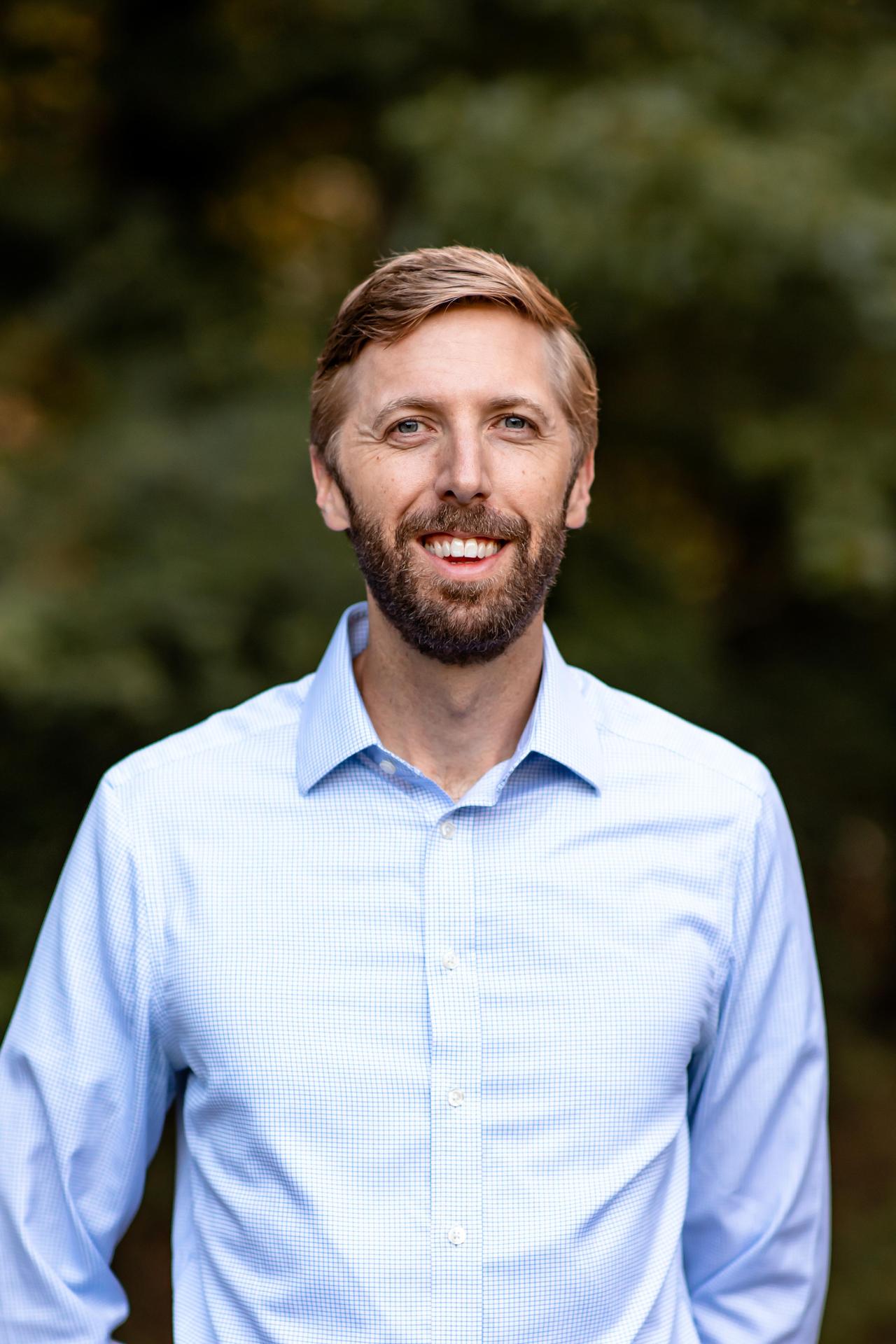 Contact [email protected]
Daniel was born in Kentucky, though his parents had the good sense to raise him in West Tennessee.
The son of a pastor and a middle school PE teacher, Daniel grew up in Dyersburg before exploring East Tennessee while attending the University of Tennessee at Chattanooga. He moved to Memphis to study medicine, then completed his pediatrics residency at LeBonheur Children’s Hospital.
He’s been a pediatrician at Pediatrics East for the last 8 years.
Daniel and his wife, Allie, settled in Germantown in 2015 and stay busy raising three wild little boys and a golden retriever named Jedi. Daniel and his family attend Harvest Church, and he’s a board member of Agape Child and Family Services.
Brian Curry, TLN Representative, School Board Position 3

Contact [email protected]
Brian Curry has been a resident of Germantown since 2007.  He graduated from the University of Arkansas in Fayetteville, majoring in Transportation and Logistics.  In 1996, while in college, he began working for FedEx and after graduation, became an Operations Manager.  Brian managed FedEx station operations at multiple locations across Mississippi and the Nashville area.  After an 8-year stint in management, Brian moved to FedEx World Headquarters and became a Management Facilitator.  In this role, he trained managers and engineers and conducted training and implementations across the United States, Canada, Mexico, Asia, Australia, Europe, and South America.  He currently serves as project manager for FedEx international operations policies and procedures and FedEx practices for international operations.

Brian is a member of the Forest Hill Elementary PTO, serving on the board as the Legislative Chairman.  He was on the Bylaws Committee that helped form the PTO at Forest Hill Elementary and was thrilled to be a part of opening a brand new school.  He previously volunteered with the Dogwood Dads as part of the Dogwood PTO.  He has served as a Community Advisor on the board of Farmington Presbyterian Day School, a leading preschool program in the city of Germantown that many of our GMSD students utilize for its before and aftercare programs.  He has also served in the past as the Secretary and Treasurer of the Cedar Lake Homeowners’ Association.

Brian has been married for twenty years to Kristi Curry.  They have two daughters, Caroline and Linley.  Caroline is in the 9th grade at Houston High School and Linley is in the 5th grade at Forest Hill Elementary School.  Brian enjoys traveling, diving, playing golf, and being active in the community.  He is a proud Eagle Scout.  Brian and his family attend Germantown Church of Christ.

Angela Griffith is a third-generation resident of Germantown having attended our own Riverdale Elementary School and graduating from Germantown High School (Class of ’94). She then earned a BA from the University of Tennessee in Knoxville, majoring in history and political science.

After college, she completed the course for Rule 31 Family Mediation Certification. She then began giving back to one of her favorite organizations from childhood, the Germantown Youth Athletic Association. Griffith served as co-director of the association’s softball program from 1999-2001. In 2005, Griffith became a CASA (Court Appointed Special Advocate) through Shelby County Juvenile Court to be the legal advocate for children who were removed from their parents’ custody.

Professionally, Griffith has worked in foodservice sales and marketing since 1999 and at her current position as regional sales manager for St. Clair Foods, a local food manufacturing company, since 2002.

As a member of the Dogwood PTA/PTO, she has volunteered for the school’s annual Springfest and Book Fair and served on the Dogwood 40th Anniversary, Gift and Appropriations Committees and currently an active member of the HMS/PTO and HHS/PTSO.

Griffith previously served as the 2nd Vice Chair on the board of Farmington Presbyterian Day School, one of the primary preschools which feeds into GMSD. As an active member of St. Louis Catholic Church in East Memphis, she has taught fifth grade Sunday School since 2005. She is a graduate of Leadership Germantown Class of 2021 and currently serves on the Germantown Historic Commission.


In her leisure time, Griffith enjoys traveling, fishing and listening to live music of any kind. A political and history buff and an avid sports fan, she faithfully pulls for the Tennessee Vols, St. Louis Cardinals and Dallas Cowboys and hopes to visit every Presidential Library and Major League Baseball Park. Griffith says that it is her greatest honor to serve her hometown and its schools. She is a strong proponent of developing well rounded students, empowering our great teachers with a focus on providing a variety of opportunities in safe and updated facilities. Griffith is actively engaged with parents and the community, knowing that the success of our schools directly impacts the future of our city.

Contact [email protected]
Amy Eoff and her husband, Edward, have called Germantown home for most of their lives. They have been happily married for over twenty-five years and have three children. Alex currently attends Houston High School, and Anna and Adam are proud graduates. Amy earned her bachelor’s degree in Home Economics Education from the University of Tennessee, Knoxville. She taught 7th and 8th-grade family studies in Baltimore County, Maryland before returning to the Mid-South to be closer to family.

For more than fifteen years, Amy has volunteered in multiple capacities in Germantown schools. From room parent to PTA President to band and theatre boosters volunteer, she has seen first hand the importance of positive teacher-parent teamwork in the success of our students. In 2015, Amy was awarded the Tennessee PTA Life Achievement Award for her commitment and work to benefit the school community.
Amy’s service is not limited to school buildings. She has served in various roles in church including deacon, Sunday School teacher, preschool missions teacher, missions committee chairman, and member of the Tennessee Cooperative Baptist Fellowship coordinating council. She currently attends Germantown Presbyterian Church with her family.  Amy is also a proud member of Pegasus where she has served as president and secretary. 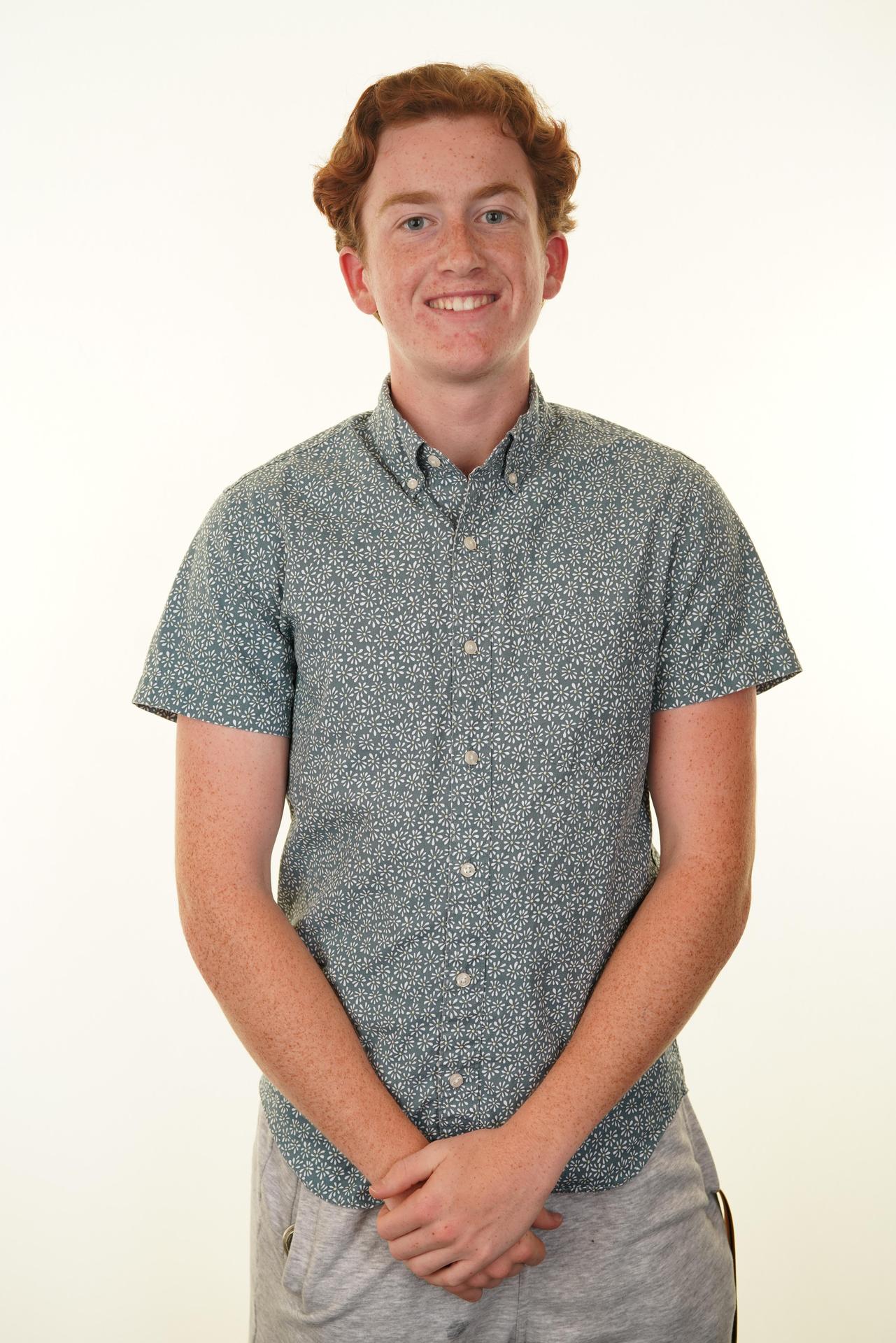 Contact [email protected]
As a senior at Houston High School, Joseph Opferman is hoping to draw on his experience to contribute to new policy.  He is especially interested in working with board members towards the betterment of the physical, emotional, and educational health of GMSD students. Opferman has a extra-curricular resume that includes a wide range of clubs and experiences (varsity swimming, band, honors academy, knowledge bowl, etc.).   Additionally, he's no stranger to serving in leadership roles, most recently as the Senior Patrol Leader of his Boy Scout troop. In that roles he saw to the productivity of thirty scouts ranging from 5th-12th grade). Opferman was also a member of the Safety Wellness Advisory Team (an advisory council at Houston), a section leader in the Houston Band, a Captain of the Houston Swim Team, a member of the Honors Academy Council, and Co-President of Knowledge Bowl. Additionally, he served as the assistant coach of the Houston Middle swim team, a task which allowed him to make connections with many Houston Middle students and an avenue to have open dialogue about how the Germantown Board of Education can continue to serve them best. Though he's taken on this new role with our school board he will simultaneously begin an installation of three bridges on the Wolf River Trail system as part of his Eagle Scout Project.